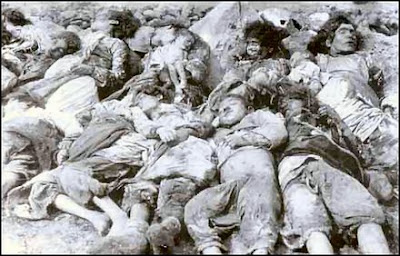 I see from the recent posts on your wall some activity in Sweden with regards to the recognition of the genocide of Armenians in 1915-1916 by the Swedish parliament and I see in the news that there will be a vote in the coming days. I must say that all these years, I was under the impression that Sweden had recognized the Genocide of Armenians in March 2000, but if such is not the case, let me add something in support of the recognition.

Hundreds of articles and books have been written on the subject of the genocide of Armenians, as well as the legal and political implications. I will not repeat them here. What is important here is to consider what good it would do to have, not only Sweden, but other countries, not the least Turkey, recognize the terrible acts that occurred to the Armenian (and Assyrian, and Greek, and Jewish) population that lived in Anatolia and Cicilia and lost their lives during the First World War. As you may know, Turkey and Armenia are attempting to renew their ties and in the last year, both countries have warmed to each other, to the point of signing a protocol in September 2009. However, since then, there has been little movement due to re-surfacing mistrust, blocking in the parliaments and other factors.

Last week, the United States House committee voted for the recognition of the Genocide. Turkey called back its ambassador to the US, stating that the House committee’s vote will be detrimental to the positive development of the relationship between Turkey and Armenia. This could not be further from the truth.

A proper relationship between Armenia and Turkey must be based on the mutual acceptance of their historical past. The warming up between both countries must also be based on honest motives, not only on political or economical reasons. A peaceful relationship will be reached once the people of both nations are not cheated by propaganda and false promises. Ultimately, what the Armenian people want is for some sort of justice and recognition of the suffering of their ancestors.

Turkey is probably concerned about the ramifications of such recognition. The first positive aspect of recognizing the suffering of the Armenians would be to distance Turkey from the criminal acts of the First World War ottoman leadership. Repeated denial of the killings en masse, deportations, unlawful detention, plunder and appropriation of Armenian property casts a negative light on the current Turkish government, and makes it a supporter of criminal activities of their predecessors. Many Ottoman leaders at the time had decided to dissociate themselves from criminal orders issued by the government and refused to implement such orders. Post-war judicial activity also shows that many in Turkey rejected these criminal acts and all that the present-day Turkish government needs to do is to associate itself with those who tried to do good during and after the massacre and extermination of a part of the Armenian population of the Ottoman Empire.

Where does Sweden fit in all this? By recognizing the Genocide of Armenians, Sweden would join numerous States and non-governmental organizations in doing the right thing. And by doing the right thing, they may encourage Turkey in taking the few steps it needs to reinstate this sterile relationship between the two nations which has been lasting almost a century. If we rewind back to 1915, I’m certain that most Armenian and Turkish citizens of the Ottoman Empire enjoyed a good relationship…. Why would it be otherwise? Why not re-establish this relationship today? And what better way to achieve this than by admitting the past, strengthening the present to guarantee a better future. Sweden can play a role in this effort. I hope it does.

Beijbom - on the go - via Bambuser 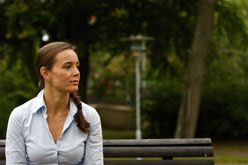